Share a memory
Obituary & Services
Tribute Wall
Donations
Read more about the life story of Madelyn and share your memory.

Madelyn Sylvia (Hovde) Erickson was born at home on the family farm, five and one-half miles north of Conrad, on  July 19,1932, joining her 4 brothers and 2 sister's, on her oldest sister's birthday!  Some birthday present, don't you think!! Her oldest sister, Alice, whom they called "Sally", is just 12 years older than Madelyn.  When she was 4 years old, a new baby brother joined the family, making it 5 boys and 3 girls.  They lived on the same farm until Madelyn was a senior in high school, riding the bus to and from school, last ones on in the morning and last ones off at night.  She went to country school through the 5th grade, then transferred to the Conrad school.  Some change for a country gal, going into a much larger school in town!  Went to and graduated from Conrad High School in 1950.  First summer out of high school her dad wanted her to stay home and help her mom, so she did. In the fall she went to work for the JC Penny store in town.  After Christmas she changed jobs to work for Mountain Bell Telephone as a receptionist/bookkeeper.

In 1949, just before Christmas, her folks moved into a new house on a new farm that they had purchased during the war years.  It was really a treat with running water, electricity, indoor bathroom; all the amenities they had lived without previously.

Then the war broke out in Korea and the U.S. was involved.  She began writing to a fellow from Conrad at that time and remembered hearing of the U.S.'s involvement in the war, wondering if he too would be involved, as he was in the Navy.  Of course, the "HE" was none other than George Erickson!   In October 1952, George was discharged from the Navy and came home to Conrad, at which time they began to seriously date and in September of 1953 were married.  Living in a small house of George's Dads (Hans Erickson) on Front Street.  In September of 1954 Linda was born and Madelyn became a stay-at-home Mom for a few years.

Going back to work in 1962 at the Toggery.  In 1966 she went to work for Dr. Robert Hamilton for 11 years as a receptionist, bookkeeper, and a few other tasks.  In 1977 Madelyn decided to stay at home.  That didn't last long, about 4 months +/- answered an ad in the paper for a part-time medical records person at Pondera Pioneer Nursing Home, working there for seven years, during this time the nursing home and the hospital combined.  She then moved to the hospital medical records department.  In 1990 moved from medical records to Administrative Secretary, and worked there till December 31,1997, when she retired.  In August of 1998 the Administrator of the hospital called and asked if she would come back and help out.  The gal that had taken her place left, and they were in need of someone, so she went back, helped to hire two new gals: one as the new Administrative Secretary and one for the Human Resource position.  Continuing to work, training both gal's and finally, at the end of January 1999 - RETIREMENT!!!!!!

Madelyn was a Red Hatter and participated in many portions of Pondera Valley Lutheran Church. She enjoyed teaching Bethel Bible Ministries for two years and making lefse with her family.

Memorial service will be held Tuesday, February 14, at 10:00am at Pondera Valley Lutheran Church. Cookies and coffee will be in Fellowship Hall following the service.

In lieu of flowers, memorials can be made to Pondera Valley Lutheran Church.

To send flowers to the family or plant a tree in memory of Madelyn S. (Hovde) Erickson, please visit our floral store. 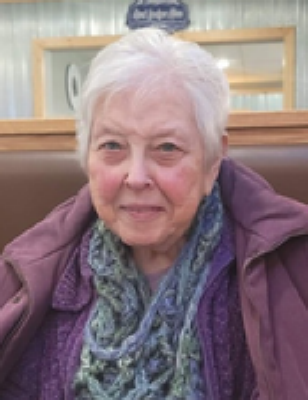