Share a memory
Obituary & Services
Tribute Wall
Donations
Read more about the life story of Inez and share your memory.

Inez (Pellman) Gripentrog passed away November 7, 2022, surrounded by love while the song “Unclouded Day” by Don Henley played softly in the background.

Inez was born at home to John and Rose Pellman on June 27, 1937. The youngest of nine, she grew up on the farm outside of Mantador, ND. She attended schools in Mantador and Hankinson, ND, graduating from St. Francis Academy in Hankinson in 1955. She then attended business school at NDSSS in Wahpeton, where she met Duane Gripentrog. They were married June 7, 1958 and had 6 children. In 1967 the family moved to Shelby. Inez worked with the Title I Program for a time. In 1973 she took a position at Toole County State Bank, where she worked until 1999, when she retired to care for her husband.

Inez was preceded in death by her husband of 49 years, Duane Gripentrog; son, Danny Gripentrog; 2 sons-in-law, Kevin Ryan and Cecil Lazenby; her parents; her brothers, Chuck, Leo, and Harry; her sisters, Joan, Catherine, Pat, and Florence; and several nieces and nephews.

Our beloved mom and grandma will be remembered for her generous, humble, selfless nature. She loved her family and instilled loyalty, encouraged independent thinking, and always took great interest in her children’s and grandchildren’s lives. She will forever be missed by her loved ones.

To honor Inez, be your best human. Walk the bullied child home from school, support local businesses, donate to your local food bank, share the holidays with those far from family, and above all be kind to others.

A graveside service and celebration of life is planned in June after the lilacs bloom.

Rest in peace where the tree of eternal bloom sheds its fragrance through the unclouded day.

To send flowers to the family or plant a tree in memory of Inez (Pellman) Gripentrog, please visit our floral store. 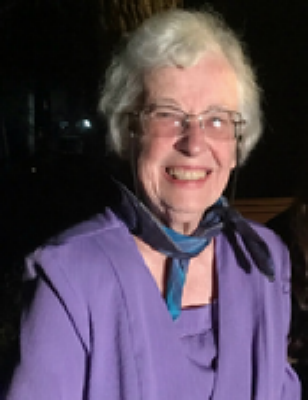 
Family and friends are coming together online to create a special keepsake. Every memory left on the online obituary will be automatically included in the book.

You can still show your support by sending flowers directly to the family, or by planting a memorial tree in the memory of Inez (Pellman) Gripentrog
SHARE OBITUARY
© 2022 Asper Funeral Homes. All Rights Reserved. Funeral Home website by CFS & TA | Terms of Use | Privacy Policy | Accessibility