Share a memory
Obituary & Services
Tribute Wall
Donations
Read more about the life story of Eleanor and share your memory.

Eleanor R (Ellie) Simmes Bush passed away peacefully on January 22, 2023, at Peace Hospice in Great Falls.  She passed from complications with pneumonia and previous health issues.  She was surrounded by family and friends in the final days prior to her passing.

Ellie was born in Shelby, on June 21, 1942.  She grew up on the Simmes Ranch west of Sunburst, Montana.  Ellie attended Sunburst Elementary School as well as Sunburst High School where she graduated in 1961.  During this time, she spent a lot of time helping to cook on the ranch, attending dances and rodeos in the community and participating in O-Mok-See events.

After high school, while working at the Texaco Bulk Plant, Ellie met her future husband Bill Bush as he was traveling through Sunburst as an auditor for Texaco.  After getting married, they traveled around quite a bit through the States with Bill’s job.  They eventually returned to Montana and settled in Great Falls where they started their family, having two sons Fritz and Kurt.  Ellie later divorced in 1980 and continued living in Vaughn with her sons.

In 1985 Ellie reunited with her high school friend, Ken Morrison, who became her best friend and companion for the next 35 years.  They settled in their home a few miles north of Shelby on the Bronken Road.

Ellie had a passion for horses and enjoyed attending the horse races.  She spent a lot of time working on craft projects and was an excellent cook.  Another passion of hers was to attend the many sporting events in our community to watch her sons, nieces and nephews play.  She always had beautiful flowers and loved spending time working in her yard.

Funeral service will be Saturday, January 28, at 2pm at Whitted Funeral Chapel Shelby. Visitation will be one hour prior to service.

To send flowers to the family or plant a tree in memory of Eleanor R. Bush, please visit our floral store. 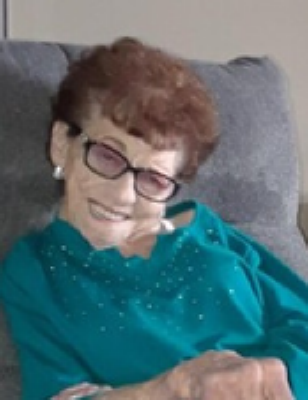