Share a memory
Obituary & Services
Tribute Wall
Donations
Read more about the life story of Barry and share your memory.

Barry William Vanderstouw, 67, of Ledger, passed away on December 27, 2022 at his home after a long and difficult battle with numerous health challenges.

Barry graduated from Port Byron, NY. High School in 1973 and served honorably in the United States Air Force until 1979. He served proudly around the Globe in a high op tempo status as a C-130 Hercules Crew Chief earning numerous recognitions in support of Tactical Airlift and Special Forces Operations while obtaining numerous Military Citations. He aspired to the rank of Sergeant.

Upon Discharge from the Service, Barry returned with his family to Auburn, NY. where he worked at Auburn Steel until 1998. Upon completion of his long tenure at Auburn Steel, he moved with his family to Montana where he pursued a highly successful 20 plus year career in the firearms and gunsmith Industry.  He initially worked for Kimber of America where he became a firearms salesman, technical firearms specialist, load designer, advisor, and technician. Barry was well known throughout the firearms industry for his savvy skills and intricate knowledge of custom reloading and rifle accuracy design and improvement.

Besides professional gunsmithing and custom hand loading, he was an incredibly gifted mechanic and avid whitetail deer hunter. After his tenure in the firearms industry, he started a career in farming at Golden Grain Farms by Shelby Montana trouble shooting and repairing various technical farming machinery while further pursuing his gunsmith career with various clients.

He was a wonderful Father, Mentor, Friend, and avid Outdoorsman with a strong love for Life, Friends, Family, and the Outdoors. Barry had a lifelong dream of living in Montana and successfully pursued those dreams with his drive and dedication. The family would like to note his love and adoration for the Flesch Family of Shelby Montana, and how much he loved, was proud, and appreciated being welcomed into their Family.

A Memorial Service will be held March 18 at 2:00pm at the Whitted Funeral Chapel, 225 6th Ave S, Shelby, MT 59474. Burial Service will be held at Golden Grain Farms preceding the service at 214 Torske RD. Ledger MT. 59425.  Friends and family are welcomed to a gathering with refreshments immediately after the service. For additional information for the date and time of the service, please contact Barry’s son Ryan at (757) 870-8077 or by e-mail: rjvander18@gmail.com.

To send flowers to the family or plant a tree in memory of Barry Vanderstouw, please visit our floral store. 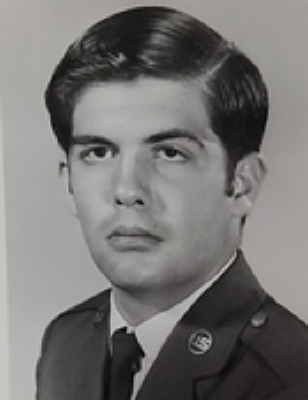